A cuppa companionship at GP surgery 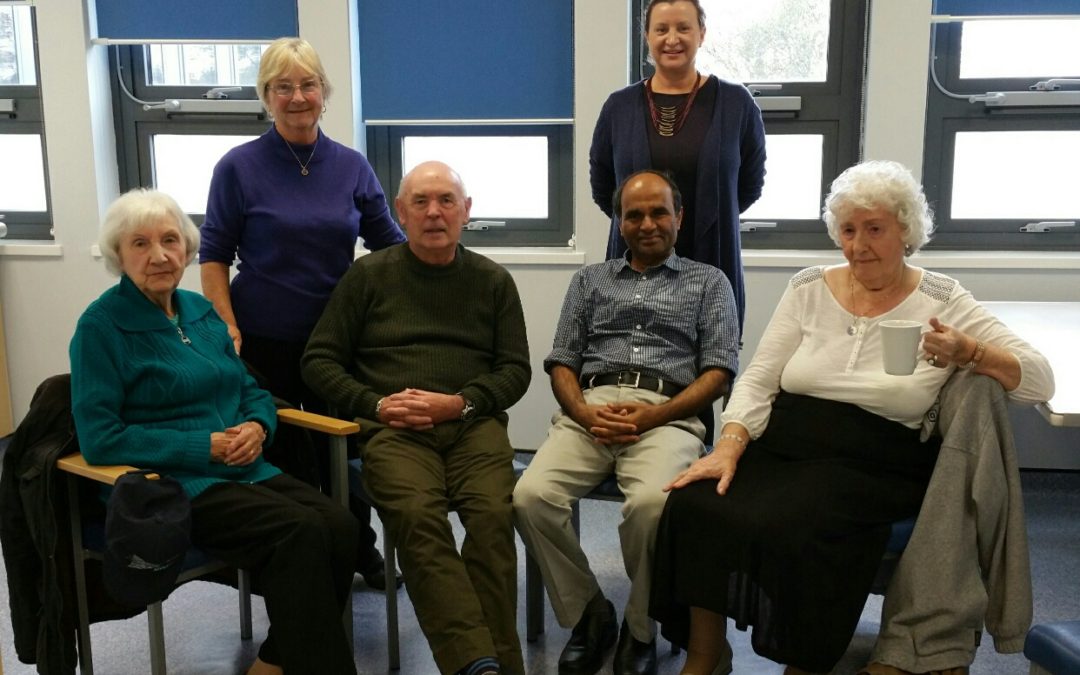 A Sunderland GP surgery is doing its bit to tackle social isolation, after launching weekly coffee mornings to help reconnect its patients with their communities.

Dr Hegde and Partners, based in Washington, has arranged its first Good Companions Coffee Morning, which provides a chance for patients who are feeling lonely and disconnected to meet new people and get out of the house, as well as helping with early diagnosis and supporting self care.

The coffee mornings came about after Sunderland’s innovative care model, All Together Better – which sees community integrated teams (CITs) of health and social care professionals working together – helped to highlight an alarming number of patients in the area who were reporting feelings of loneliness and isolation. Multidisciplinary teams (MDTs) work together in the five areas of the city to support some of the most vulnerable and unwell people in society, providing proactive, person-centred care, designed to keep them as well and as independent as possible.

Judith Taylor, contract delivery manager at Sunderland GP Alliance, said that the launch of the coffee mornings was an example of the proactive care and support now being put in place to avoid people’s condition worsening, giving rise to the need for often uneccessary hospital admissions.

She said: “MDT meetings provide an opportunity to discuss the needs of some of the most frail and unwell people in our community, and to put in place the right care package for each to keep them as healthy as possible and in their own home.

“Again and again, discussions were focused on patients who were cut off from others, and as a result were left feeling lonely and isolated, which can have a massive impact on health and wellbeing.  We wanted to put in place social support and companionship that would help to develop stronger social circles, and create an opportunity for people to get out of the house in a safe and welcoming environment that they would be comfortable in.”

She added: “The suggestion of a coffee morning was very enthusiastically actioned by the GP surgery, who contacted patients not only to come along for coffee but also to name the group, giving them a sense of ownership.”

The first Good Companions Coffee Morning was held at the end of September, and the surgery believes more and more patients will come along, as word gets out about the group.  The practice’s health care assistant Angie Drummond suggested putting in place the regular ‘drop ins’ to tackle the problem.

Gillain Webster, practice manager partner, said: “We were delighted to put in place the coffee mornings, which it was clear would make a big difference, having listened to the common concerns that were raised in the MDT meetings about some of our more vulnerable patients.

“The old adage that prevention is better than cure is one that we really do buy in to, and it is great that we are able to proactively support people to socialize and avoid the often very serious problems that isolation can create.”

Coffee, tea and cake is provided by the surgery and each session is attended by staff and one of the GPs.

She added: “As well as creating an opportunity for people to socialise, the coffee mornings are giving us a chance – as a surgery – to speak informally to patients and identify, very early on, any health concerns.  It’s been a great addition to our service and is something we know will make a big difference to the lives of those in our society who may otherwise lead a lonely life.”

Keep up to date with developments and news by following @ATBSunderland on Twitter, or search All Together Better on Facebook.

From the 6 July, people who are shielding who live alone or in a single-parent household can create a ‘support bubble’ with one other household, following the same rules that apply to the public now 🏠 Read more: bit.ly/3bhyyqA pic.twitter.com/lypi…

Government support is available for people for as long as they are advised to shield – you can get help with food, medicines and care by registering online 📱 Register your support needs online by 17 July. pic.twitter.com/h4zE…

As lockdown further eases, please remember the virus is still here. Protect yourself, others and the NHS and: 📱 Use services wisely - call 111 or 111.nhs.uk for urgent advice 🍷 Drink sensibly 👉 Keep your distance 💦 Wash your hands 👬 Stick to your bubbles pic.twitter.com/C78l…

Getting the bus? Remember to wear a face covering! 🚍 It should cover your mouth and nose while allowing you to breathe comfortably and can be as simple as a scarf or bandana that ties behind the head 🧣 Find out more: bit.ly/2WqGlh3 pic.twitter.com/tmQN…

If you're visiting the pub this weekend, please continue to stay alert to protect yourself, others and the NHS. Please continue to follow the guidance around social distancing and regular handwashing and drink alcohol sensibly. Read more: bit.ly/31yoQOR pic.twitter.com/yfCT…