Ron feels All Together Better 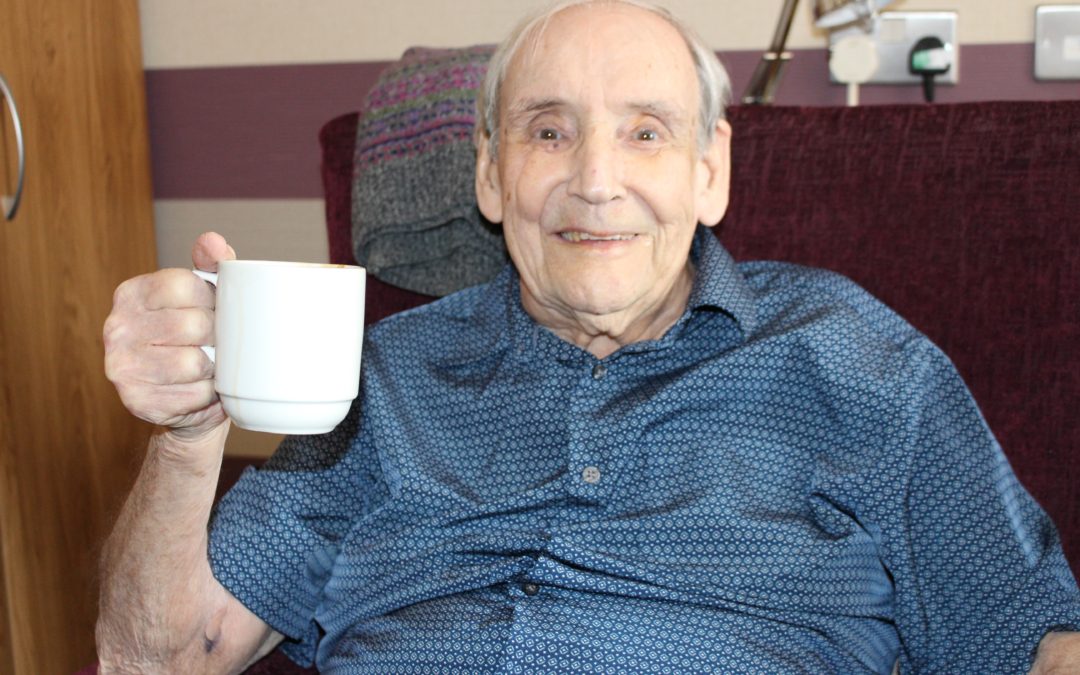 One Sunderland resident who has benefited from the new way of delivering care, through the All Together Better scheme, has shared his story and praised staff for their help and support when he needed it most.

Nookside resident, Ron Wills, 85, explained how he was laid low with a severe chest infection at the end of 2015, but thanks to a new health and care programme unique to Sunderland – known as All Together Better – he was quickly diagnosed, provided with hospital care, then support from a nurse team at his care home.

All Together Better brings together health and social care teams in a bid to offer care that wraps around the person, something that helped Ron rapidly access the treatment and support he required and keep him home and out of hospital.

“The infection hit me like a train and unfortunately it happened at the worst possible time of the year, Christmas, leading to me eventually being hospitalised over the New Year,” said Ron, who lives in The Cottage at Sycamore Care Centre. “I recovered slightly, but ended up with another visit to A&E early on January 13.

“Following this second trip to hospital, I was visited at my care home by nurse Sheila Cunningham and a colleague.  They examined me and prescribed a further course of antibiotics via my GP. I was then visited again, once with the GP present, to have further examinations.  More prescriptions were provided until I was found to be clear of the infection.

“I have no doubt that these visits prevented me from having to spend further time in hospital and reduced the time that I remained ill.” 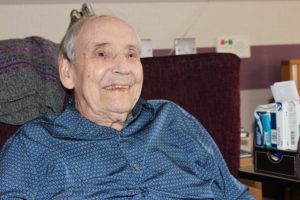 All Together Better, which aims to support people in the city with some of the most complex and challenging health and social care needs, was set up to tackle figures which showed that the frailest three per cent of the population in Sunderland were using over 50 per cent of NHS resources.  The new programme sees health and social care teams come together to provide ‘joined-up’ care, that includes round the clock support for those who need it most.

With five ‘community integrated teams’ based in the North, East, West, Coalfields and Washington areas of the city, bringing professionals together in one shared workplace, it is hoped that – through information sharing and working together – the teams will deliver care that is ‘holistic’ – that addresses all of the needs of the person.

“I have nothing but positive things to say about the service,” added Ron. “I have found it to be excellent in every respect.

“It is very comforting and reassuring to know that there are medical professionals who are checking on me frequently and making sure that my health remains as good as it can be. I hope that the scheme is a success and others benefit in the same way that I have.”

Ron, who was widowed four years ago when his wife died of cancer, has lived at The Cottage, Nookside, for the past three years after spending five and a half months in hospital after breaking his ankle and suffering infection.

Originally from Lancashire, Ron retired from his role as Deputy Clerk of the Justices at Sunderland Magistrates Court 25 years ago. 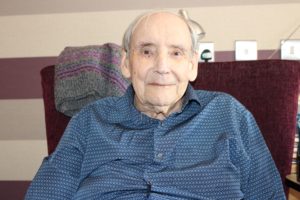 All Together Better is one of 27 projects that are being trialed at so-called ‘vanguard sites’ across the country.  Sunderland is one of the areas that is blazing a trail for new models of care, and if the programme is considered a success by NHS England, the new way of working could be adopted by towns and cities the length and breadth of the UK.

Steve Williamson, Chair of the All Together Better Provider Board, said: “People like Ron prove that a joint-working approach is what is needed to deliver a step change in care for people in Sunderland who need it most.

“The fact that we have been able to support Ron at a time when NHS services are stretched to the limit and reduce the time he spent away from his home, is just fantastic and it really does vindicate the commitment made by all the partners, to bring care together for the greater good of people in the city who need support most.”

Don’t let the thought of cancer play on your mind. If something in your body doesn’t feel right, talk to your GP. Most people who go for tests find out it’s not cancer. Finding out sooner is always better. Contact your GP practice pic.twitter.com/3XwK…

Living with a health condition means how you feel can change from day to day. Listen to your body and do what feels comfortable. Visit weareundefeatable.co… to find ways to get moving that work for you. #wearenundefeatable pic.twitter.com/M5FP…

111 online can help you if you have a medical problem and you don't know what to do. Visit 111.nhs.uk #HelpUsHelpYou pic.twitter.com/60iZ…

Nappy rashes and toothache, coughs and sneezes, tummy bugs and temperatures 🤒 They’re all in The Little Orange Book, your NHS go-to guide if you’re caring for a poorly baby or child under 5. Download yours now 👉 bit.ly/380jMYV pic.twitter.com/NLmL…